Currently there are no exploration packages for ROS Noetic. The ROS packages that currently exist perform only frontier exploration. The goal of this project is to provide a robot agnostic information theoretic exploration strategy for known and unknown environments.

This package was developed at Northwestern University during the Master of Science in Robotics program.

Ergodicity is defined as the fraction of time spent sampling an area should be equal to a metric quantifying the density information in that area. The ergodic metric is the difference between the probability density functions representing the spatial distribution and the statistical representation of the time-averaged trajectory [1]. The objective function includes the ergodic metric and the control cost.

In both the target information density and the mutual information demonstrations below, rtabmap_ros was used for localization and mapping using a Velodyne lidar. Odometry was performed using wheel encoders.

The resulting path from the exploration stack is shown in blue and the small white lines represent local loop closures. The robot was observed visiting each target several times and exploring the corridor to the left of the targets. 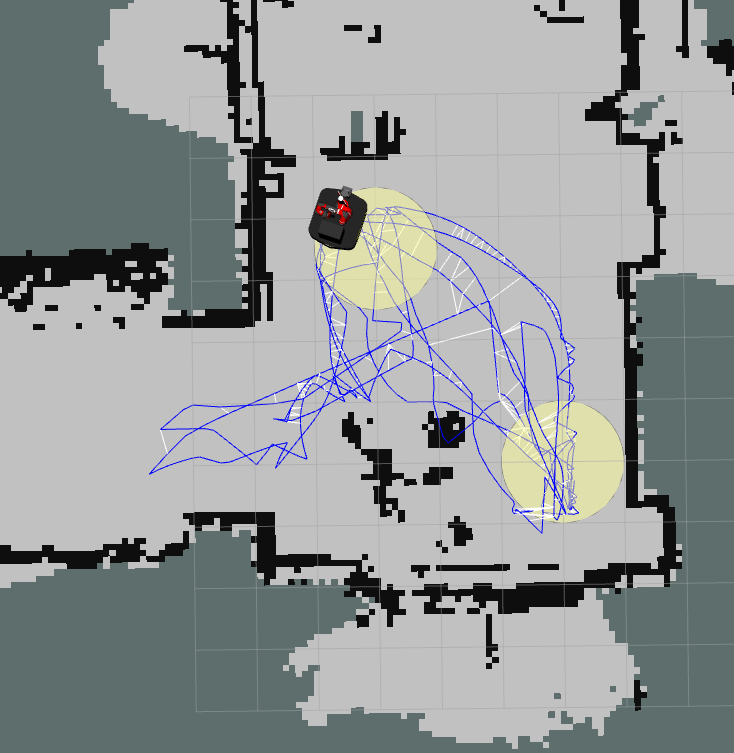 In the case of the occupancy grid, mutual information is the expected information gain at each grid cell. The feature/sportdeath_mi branch computes it using the Fast Continuous Mutual Information (FCMI) algorithm presented in [3]. This is accomplished by simulating a 360 degree range finder.

The occupancy grid and mutual information map are on the left and right respectively. The robot's path is shown in blue and the small white lines represent local loop closures. 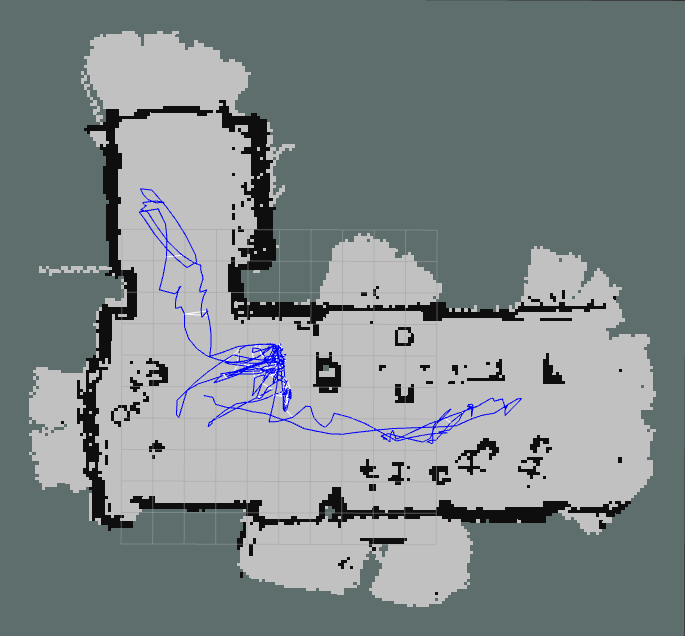 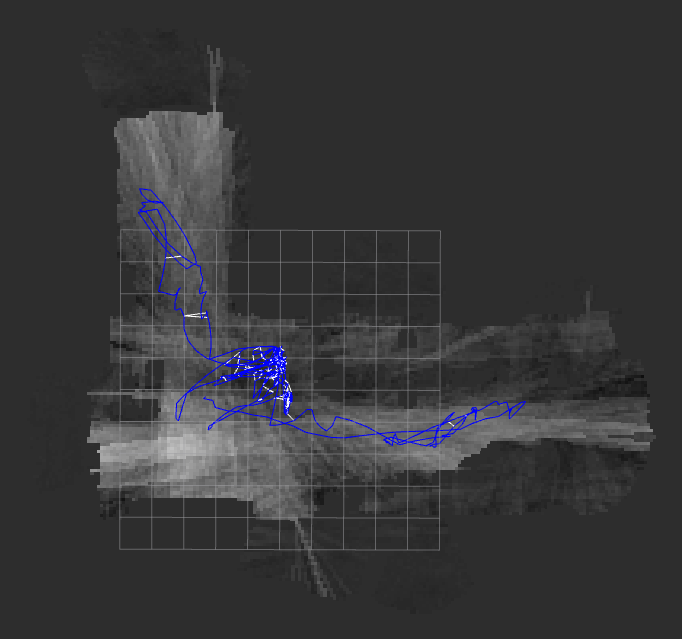 To detect obstacle cells in the occupancy grid, Bresenham's circle algorithm is used. The robot's base is modeled as a circle. If there are obstacles within a threshold of the robot's bounding radius, the robot is considered to be in a collision state.

Below, the robot was given a control signal to drive forward. This control sends the robot on a collision course with two obstacles. The dynamic window approach finds a twist capable of maneuvering the robot around each obstacle.

This package was built and tested using Armadillo 10.1.1. You will need to install Armadillo.

Create a catkin workspace or clone in an existing workspace.

Example exploration configurations for an omni directional and a differential drive robot are provided.

The nodes provided are explore_omni and explore_cart. The only difference between them is the motion model. Both use an occupancy grid for collision detection and provide a body twist as the control output.

The following parameters are set to 0 for the cart because of the holonomic constraint: max_vel_y, min_vel_y, acc_lim_y, and vy_samples. You only need to provide the control weights for the x-velocity and rotational velocity components.