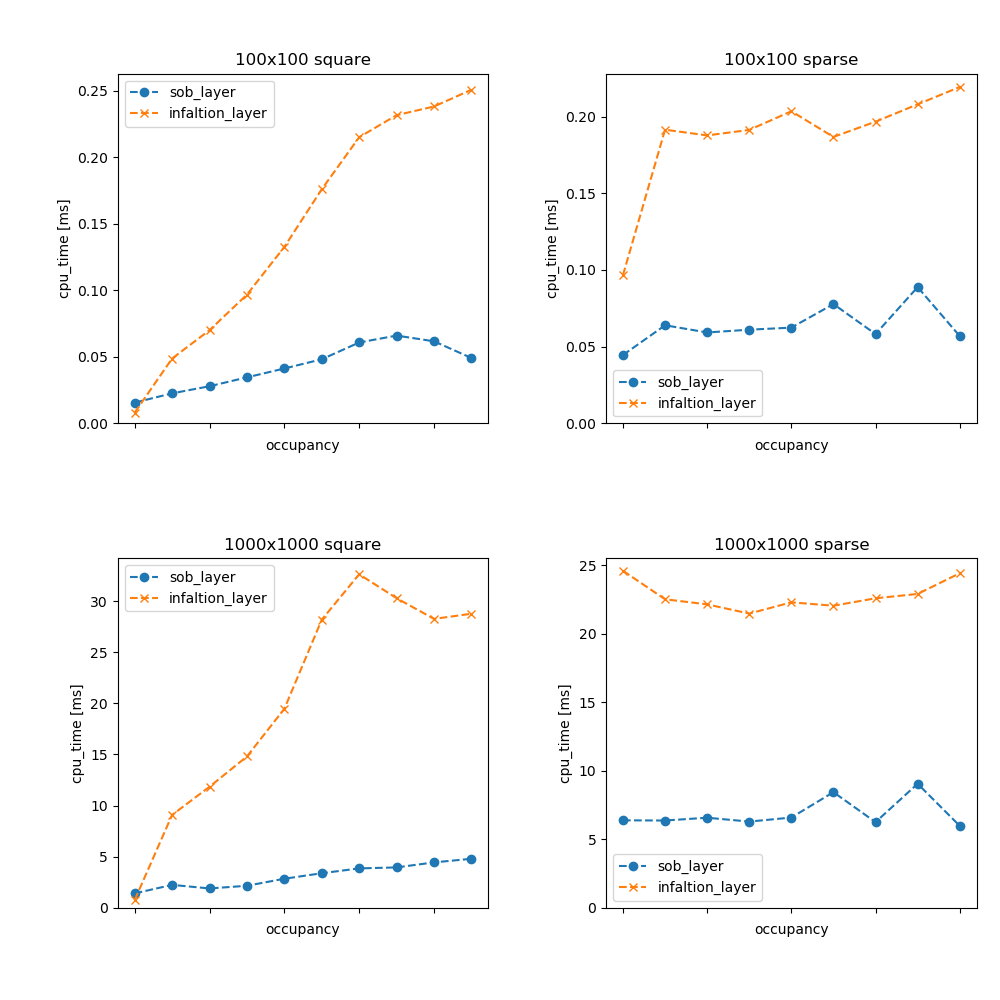 The y-axis indicates the cpu-time. The x-axis shows the "load-factor" (increasing from left to right). Both scenarios were run for two map-sizes: 100x100 and 1000x1000. The upper row shows the results for the smaller size, the lower for the larger.