DiffBot is an autonomous differential drive robot with two wheels. Its main processing unit is a Raspberry Pi 4 B running Ubuntu Mate 20.04 and the ROS 1 (ROS Noetic) middleware. This respository contains ROS driver packages, ROS Control Hardware Interface for the real robot and configurations for simulating DiffBot. The formatted documentation can be found at: https://ros-mobile-robots.com.

If you are looking for a 3D printable modular base, see the remo_description repository. You can use it directly with the software of this diffbot repository.

It provides mounts for different camera modules, such as Raspi Cam v2, OAK-1, OAK-D and you can even design your own if you like. There is also support for different single board computers (Raspberry Pi and Nvidia Jetson Nano) through two changable decks. You are agin free to create your own.

The packages are written for and tested with ROS 1 Noetic on Ubuntu 20.04 Focal Fossa. For the real robot Ubuntu Mate 20.04 for arm64 is installed on the Raspberry Pi 4 B with 4GB. The communication between the mobile robot and the work pc is done by configuring the ROS Network, see also the documentation.

The required Ubuntu packages are listed in the documentation. Other ROS catkin packages such as rplidar_ros need to be cloned into the catkin workspace. It is planned to use vcstool in the future to automate the dependency installtions.

:hammer: How to Build

To build the packages in this repository including the Remo robot follow these steps:

Run the next command on Remo robot's SBC:

The following sections describe how to run the robot simulation and how to make use of the real hardware using the available package launch files.

Control the robot inside Gazebo and view what it sees in RViz using the following launch file:

This will launch the default diffbot world db_world.world.

To navigate the robot in the Gazebo simulator in db_world.world run the command:

This uses a previously mapped map of db_world.world (found in diffbot_navigation/maps) that is served by the map_server. With this you can use the 2D Nav Goal in RViz directly to let the robot drive autonomously in the db_world.world.

To run the turtlebot3_world.world (or your own stored world and map) use the same diffbot_navigation/launch/diffbot.launch file but change the world_name and map_file arguments to your desired world and map yaml files:

and in a second terminal execute

Then explore the world with the teleop_twist_keyboard or with the already launched rqt_robot_steering GUI plugin:

When you finished exploring the new world, use the map_saver node from the map_server package to store the mapped enviornment:

View just the diffbot_description in RViz. 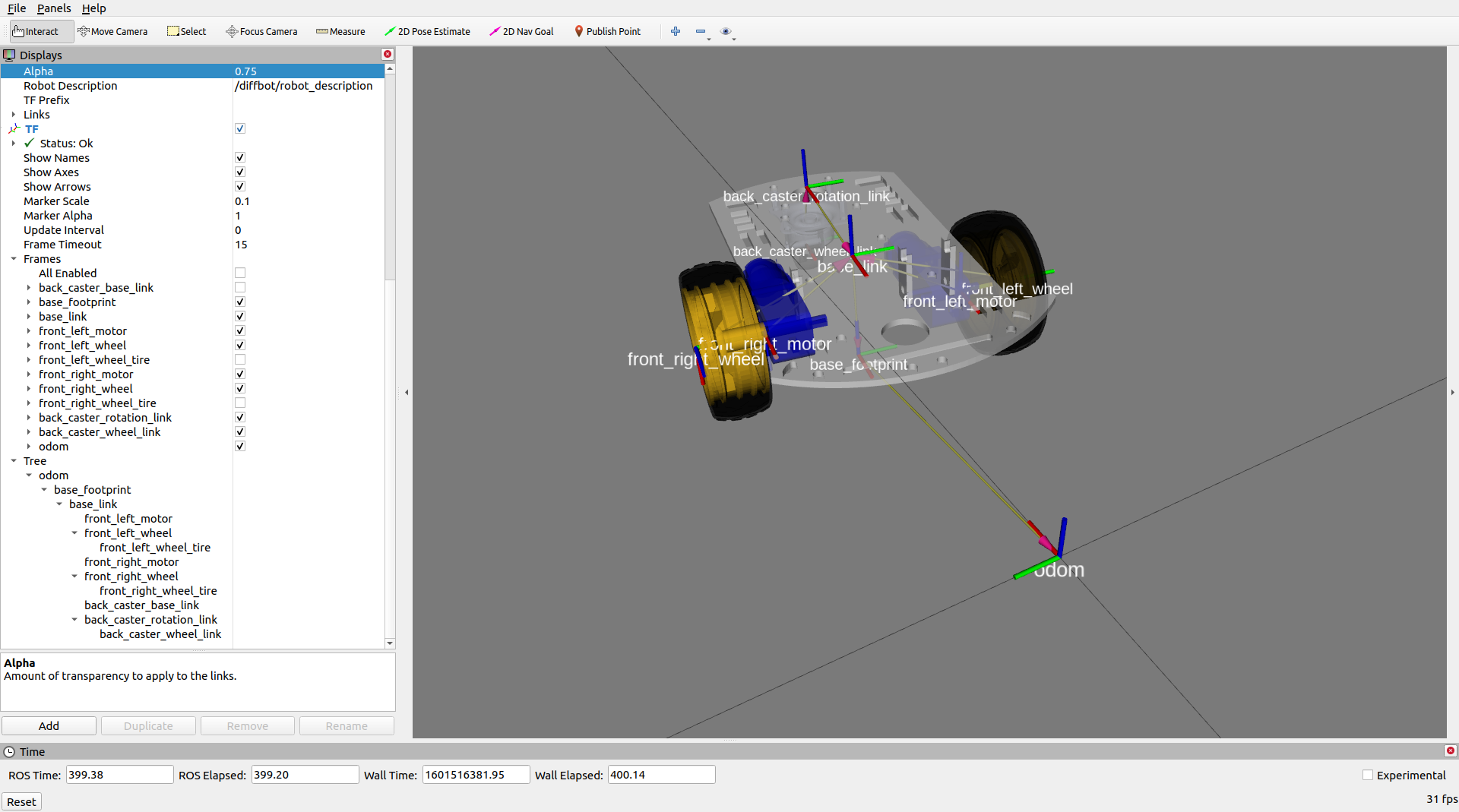 Navigating and Mapping on the real Robot 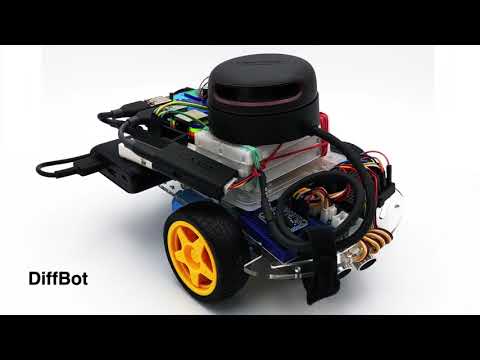 Start by setting up the ROS Network, by making the development PC the rosmaster (set the ROS_MASTER_URI environment variable accordingly, see ROS Network Setup for more details), Then follow the steps listed below to run the real Diffbot or Remo robot hardware:

As you can see in the video, this should open up RViz and the rqt_robot_steering plugin.

After the mapping process it is possible to use the created map for navigation, after running the following launch files:

Among other essential navigation and map server nodes, this will also launch an instance of RViz on your work pc where you can use its tools to:

Contributions to these tasks are welcome, see also the contribution section below.

To enable object detection or semantic segmentation with the RPi Camera the Raspberry Pi 4 B will be upated with a Google Coral USB Accelerator. Possible useful packages:

Your contributions are most welcome. These can be in the form of raising issues, creating PRs to correct or add documentation and of course solving existing issues or adding new features.

diffbot is licenses under the BSD 3-Clause. See also open-source-license-acknowledgements-and-third-party-copyrights.md. The documentation is licensed differently, visit its license text to learn more.