This is a ROS package for the metraTec Indoor Positioning System. You can use the regular IPS for zone location of your robot or the IPS+ products for 3D-position-estimation using UWB ranging. 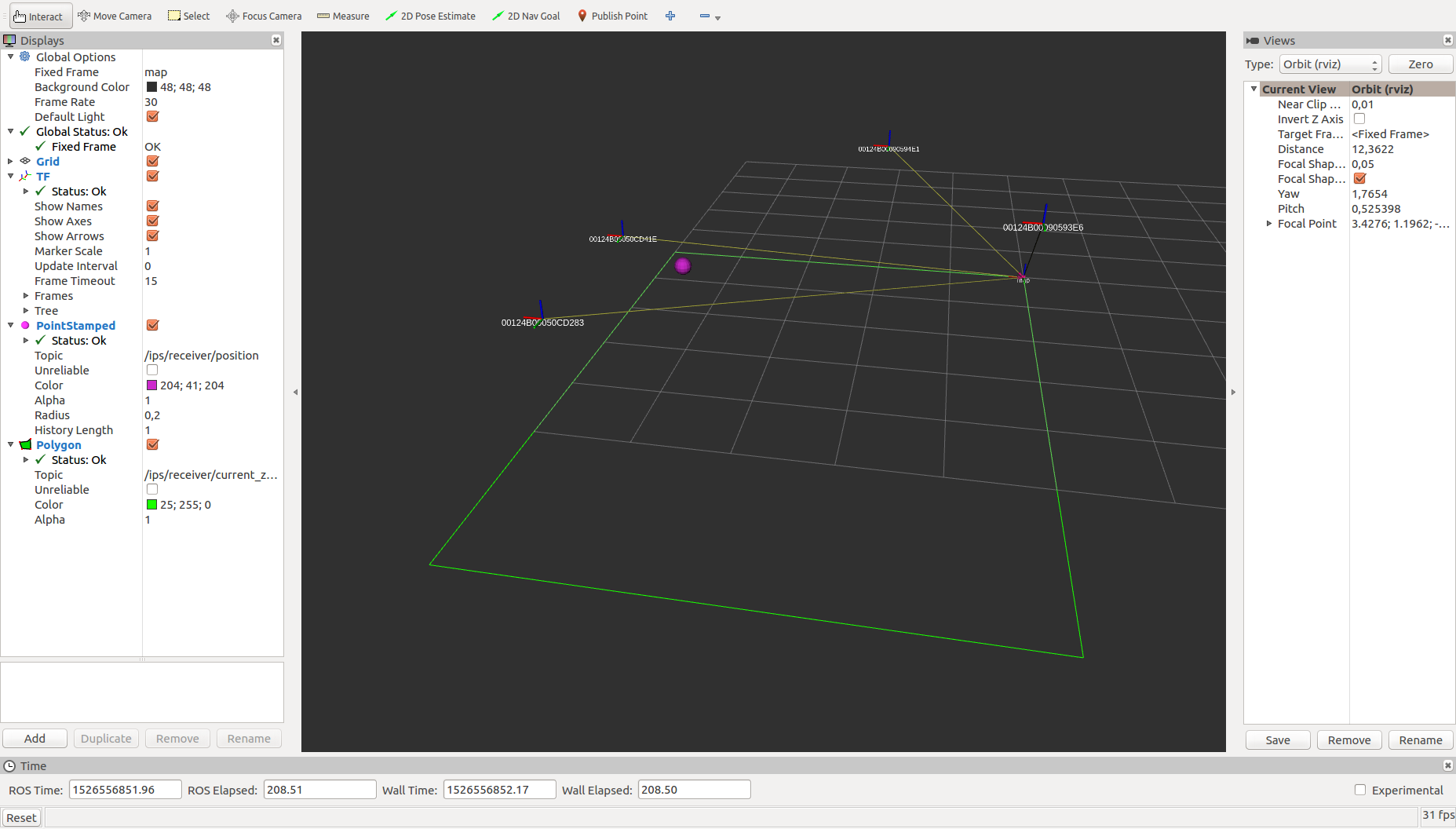 The image shows an example of the indoor positioning functionality. Four RF beacons are placed in the environment that localize a corresponding receiver in the vicinity. The IPS displays the current (user-defined) zone that the receiver is in (green rectangle). Additionally, using the IPS+ position estimation, the actual 3D-position of the receiver is displayed (pink sphere).

Simply run the following command where you change ROSDISTRO to whatever distribution you are using.

If you can't use the binary release, for example when you are using an older version of ROS, you can still manually build the package yourself.

First, clone the repository into the source folder of your catkin workspace:

Now you should be able to use the package like any other (catkin) package in your workspace.

The receiver.py node handles communication with the receiver and publishes incoming messages. Therefore you have to run this node in order to use the IPS or IPS+ node. Then you can run either the positioning.py node for IPS or the