The Connext DDS Libraries are included with ROS2 under a non-commercial license and do not include the security plug-in libraries. These libraries are available in the commercial, university and research license versions of RTI Connext DDS Pro, which is bundled with tools for system debugging, monitoring, record/replay, etc.

A video walk-thru of this installation (tools and security plug-ins) is available here at the RTI website. The steps are:

Install Connext DDS Pro (Host) This is a host-specific installer application (for Windows, Linux, MacOS) to install a ‘Host’ bundle which includes the Launcher, tools, and other software services. At the end of the installation, the RTI ‘Launcher’ program will be started. The Launcher is used to install target libraries, security plugins, and other layered services.

Use the Package Installer in Launcher 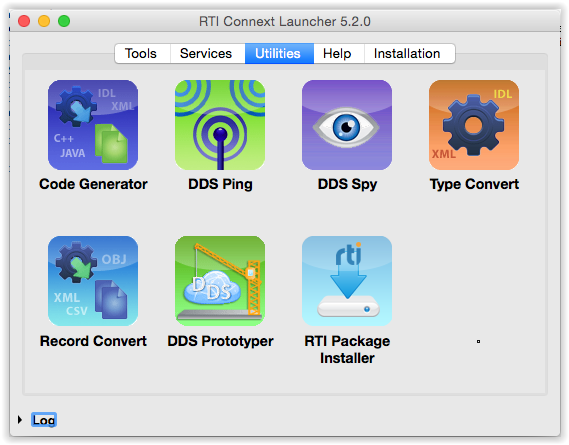 The ‘RTI Package Installer’ is used to install ‘.rtipkg’ files – target libraries, security plug-ins, etc. Open the Package Installer and select all of the .rtipkg files that were included in the Connext DDS Secure bundle for installation:

Extract and Install OpenSSL This is included as an archive (.zip or otherwise) and can be simply extracted and copied to a convenient location on your host computer. As a suggestion, this could also be installed into the ‘rti_connext_dds-[version]’ directory in your home directory space (this was created during installation of the RTI host tools). Note: this directory location may need to be placed in your PATH environment variable.